Planting the Roots of a Liberal Talking Point

It’s a midterm election year.  Today I’m writing to give you a preview of a liberal sound bite that will be used on countless campaign trails across the land.  And I will show you how the Progressives gave root to it using President Obama’s 2015 proposed budget as the fertilizer.

On Thursday April 18th, House Budget Committee Chairman Paul Ryan (R-WI) was interviewed on a Denver radio station by conservative host Mike Rosen.  Here is an excerpt (listen for yourself – this part starts at 2:45):

Rosen:  When I was pouring through the [President’s 2015] budget documents…I discovered in the Historical Tables, Table 5.1 [see spreadsheet row 16, column AP], page 107, under National Defense Account 54, all of a sudden a number popped up.  $27.7 billion, under the title “Opportunity, Growth, and Security Initiative (Defense).”  That parentheses is key.  In no prior year had there ever been a nickel spent in this category, and in no year after 2015 is there a request for a nickel being spent in this category.  And I was wondering, since it’s a defense line item, why is there a parentheses “(Defense)”.  And I discovered, and please fill in the details, that this is paired with a like amount of non-defense spending in other parts of the government, and Obama has said, “Oh they can’t possibly be decoupled.”

Ryan:  And tax increases – [which] doesn’t show up on the spending side of the ledger.  But basically what this is…I call it sort of a talking point gimmick.  The President is saying, “OK those of you who want more defense and stronger national security – I’ll do that only if you increase more domestic spending and raise taxes.”  So he’s basically saying I’m going to hold hostage the federal government’s #1 priority, securing our national defenses, [unless] you give me my domestic spending increases I want, and some tax increases.  Otherwise we’re going to cut this thing to the bone.  That’s basically what he’s proposing there.

Ryan:  Yeah.  He knows it’s not going anywhere, so I’m not really sure why they do these things.  Other than to basically say, I’m for everything, without actually doing anything, and not getting anything done.  That’s kind of how we interpret that.

Rosen:  He can say if he’s pressed, “Oh no, no, in my budget I called for another almost $28 billion, and there’s F-35’s in there and all kinds of things, and the Republicans turned it down.”

Ryan:  Yeah, that’s exactly right.  And we’re so used to this, I hate to say it.  We get a little jaded on these things.  That’s exactly the narrative I think that they’re planning with those kinds of gimmicks in their budgets.  [T]hey know we will not do all this green spending that they’re talking about, or raise taxes.  So that he can suggest that, no, he was actually there for the military and we rejected it.  Just look at the budget we passed…that balances the budget, that pays down the debt, that doesn’t raise any taxes.  Yes it cuts spending, yes it reforms entitlements, and yes it holds the line on defense,  so that we don’t follow his path on hollowing out our military.  Because one year later, he doesn’t have those parentheses that you discuss, and he takes our military to a level we’ve never really seen in a generation.  He takes our Air Force to a level we’ve never seen before, he takes our Navy to a level lower than since before WW1, and he takes our Army to a level that we haven’t seen since 1940.  And it’s not for deficit reduction, that’s the one thing.  I would respect all these cuts to the military a bit more if it were for deficit reduction, but it’s not.  It’s for more domestic spending. 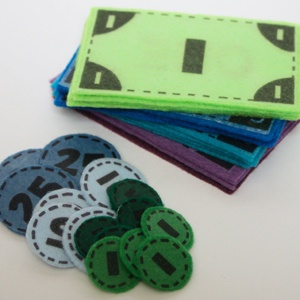 Jeff believes in the Individual's ability to excel when liberty and freedom of choice are protected. Also believes in the Community's ability to take care of the vast majority of its own issues and needs when the federal government leaves the Community's resources and sphere of control alone. State and local choice produce better results than centralized federal control. https://necessaryandpropergovt.wordpress.com/
View all posts by Necessary and Proper →
This entry was posted in Our Political Economy, Politics in Practice and tagged Analytical Perspectives, economics, federal budget, FY2015, hollowed-out military, National Defense Account, Obama defense spending cuts, OMB, Opportunity Growth and Security Initiative, Paul Ryan, politics. Bookmark the permalink.

7 Responses to Planting the Roots of a Liberal Talking Point